Eric was the oldest son of Walter G. and Virginia Grieve Nord.  He was born and raised in Amherst, Ohio.  After graduating from Amherst High School, where he was an honor roll student, Eric attended college at Case School of Applied Science, in Cleveland (Case Western Reserve University). He graduated from Case in 1939, exactly thirty years after his father graduated from Case, both with a degree in mechanical engineering.

The Nords lived in a modest home on Spring Street and attended St. George’s Episcopal Church. Walter Nord was an inventor and entrepreneur. In 1919, he started a small-machine shop called American Specialty Company to manufacture his inventions. The patents he received formed the nucleus of Walter’s business and future growth. He and Virginia were also active in Amherst community affairs.  Walter served as mayor of Amherst from 1924-1935 and a member of the Amherst school board for 25 years. As the son of Swedish immigrants, he participated for many years in the American Swedish Historical Foundation. He was also dedicated to supporting underserved communities through participation in local charitable organizations. Virginia was involved in local organizations like the Garden Club, the school PTA, the Amherst Library Board and the local Women’s Christian Temperance Union. In addition to Eric they had two other children, Mary and Evan.

As youngsters Eric and his siblings were kept busy with school and activities in youth organizations. They even shared a pony, riding it in the early mornings before they went to school. In 1924, Walter Nord helped create the Amherst Outdoor Life Association, located just a few miles outside of Amherst and still active today. The members-only club featured the old Klondike Quarry for swimming and picnic areas in undeveloped natural areas. Eric and Evan enjoyed fishing and cookouts at the beautiful outdoor location. As youngsters, the brothers also took part in activities with the local Sportsman Club. In 1930, when St. George’s Episcopal Church closed its doors, the Nords began attending Christ Episcopal Church in nearby Oberlin. They eventually moved to Oberlin in the 1940s.

Just before his senior year at Case Eric traveled to Sweden to visit his grandparents’ village. Pedaling a bicycle through the western part of Sweden he hoped to find relatives of his grandparents but didn’t meet with much success.  After his return he finished at Case and worked in Cleveland following graduation. A year later Walter’s doctor, Dr. Knapp, contacted Eric.  Walter was having health problems and Knapp told Eric, “You know, I think, … it’s time you came home. Your father is very stressed out, and I don’t know how long he can hang on.”  It may have been the responsibility of running two companies that was wearing Walter down, but, in any case, Eric returned home to work at U. S. Automatic Corporation.

Eric and Evan worked at American Specialty in the summers from the time “they were knee high” so it was just natural for both young men to return home and work alongside their father in the family business when they graduated. In 1940, Eric worked as the Production Manager for U.S. Automatic Corporation, a company acquired by Walter in 1929 out of receivership. Throughout WWII the U.S. Automatic Corporation received defense contracts to produce artillery ammunition components and airplane parts, including the specialized Norden Bombsight, essential equipment for accurate airplane bomb drops.  Eric says in his oral history with the Oberlin Heritage Center, that during the war he worked 12 hours a day, six days a week ensuring the defense contracts were completed. On January 23, 1943, the company received the first of four Army-Navy “E” awards recognizing their outstanding accomplishments in war production. Although Eric did not serve in WWII, his importance in the home front production of military parts made him invaluable to the war effort.

As the war was winding down and the hectic work schedule eased, Eric found time to get married on June 19, 1948, to Jane Hovey Baker, a Vassar College history graduate.  Her father was also in the screw machine business in Cleveland and was an acquaintance of the Nords.   Eric and Jane were married for 60 years, and together the couple would have 5 children: Virginia, Eric, Emily, Carly, and Richard.  U.S. defense contracts also continued for the growing US Automatic Corp. after the war. In 1952, 50% of the company’s production was met through defense contracts. Despite a growing family and growing company obligations, Eric began taking over some of his father’s community outreach responsibilities. He soon held board positions on the Lorain County American Cancer Society, the Amherst Rotary Club and the Amherst Hospital Association where he served as a board member from 1946-1960.

After the war, the screw machine business in northern Ohio became cut-throat, and Eric and Evan decided that there was little future in that business. Searching for a special product that they could patent and manufacture, they were introduced to James Bede who had invented an airless spray gun. Recognizing that they could perfect Bede’s prototype, Eric and Evan acquired the patent and created Nordson Corporation in 1954. (Jane recalls Eric sitting at the kitchen table modelling the spray gun out of clay to make it as ergonomic as possible.)

Over the next decade, Nordson Corporation expanded, adding adhesive application systems. By 1969, 16% of the company’s earnings were through exports. Eric’s influence in the Oberlin community also expanded. While he still served on charitable boards Eric also volunteered his time solving problems affecting the overall development of the Oberlin community.  In 1957, he received an appointment to the Oberlin Planning Commission where he worked on rezoning, annexation and water quality issues.  In 1959, he successfully ran for the first of his two terms on the Oberlin City Council.  As a first-time candidate, he surprised everyone by receiving the most votes, assuring him of the council chairmanship. Eric recalled facing two big issues during his time on city council: the city income tax and the strengthening of housing and building codes. Following his time on the Oberlin City Council Eric successfully ran for a seat on the Oberlin School Board.

Eric and Evan continued to share the administration of Nordson Corporation with Eric as company president. As Nordson Corporation grew so did the contributions the company made to the community. The Nord companies maintain a long-standing policy that 5% of each year’s pretax profits are directed to local charities helping populations outside of the mainstream either because of health or financial difficulties. Eric and Evan continued that philosophy through the U. S. Specialty Foundation, Nordson Foundation, the Nord Family Foundation, and local community foundations. As a couple, Jane and Eric also contributed generously to many community projects from their personal funds including Oberlin College’s Center for Service and Learning, a professorship in computer engineering at Case Western Reserve University and Lorain County Metroparks Splash Zone Water Park. In 1979, Eric and Jane were also instrumental in organizing and supporting the Firelands Association for the Visual Arts (FAVA) to encourage the visual arts in Oberlin. 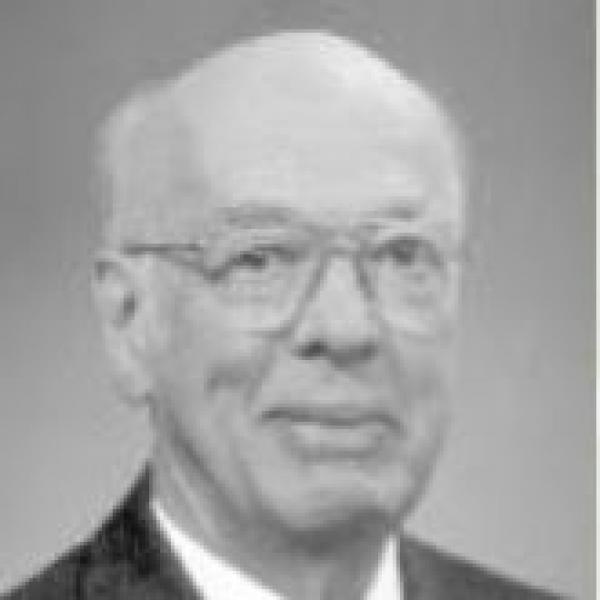