Mary Elizabeth Nord was the first child born to Walter G. and Virginia Grieve Nord. At the time, Walter Nord was a mechanical engineer living in Cleveland. As his business expanded Walter and Virginia moved to Amherst, Ohio, part of the Greater Cleveland area, to raise their family. They both became active in community affairs, philanthropy and their church, Christ Episcopal Church.

Following the example set by her parents, Mary took the first step to being a community leader at 15 years old when she joined the YWCA’s Girls Reserve Club, a character-building program designed to “help a girl to live as a Christian of her age should live.” Mary would remain a leader in the YWCA for many years.

As a young woman, Mary also participated in public speaking events and once placed third in a local oratorical and reading competition. After graduating from Amherst High School with honors in 1932, Mary took her love for English to Bluffton College where she studied to be an English teacher. Mary continued her leadership role in the YWCA and represented the Bluffton College YWCA on many occasions. While at Bluffton she was also a member of the Thespian Drama Society. This extracurricular organization produced a Shakespearean play every year and was supported by the college with a faculty advisor.

At the same time, Joe Ignat (1913-1969) also attended Bluffton College. He played on the Bluffton Beavers college football team and was an editor for the student newspaper and yearbook. Coincidentally, he was also a member of the Bluffton College YMCA and the Thespian Drama Society. Mary and Joe performed together as cast members in “A Midsummer Night’s Dream” in March of 1936. Soon after, Mary graduated and worked as a stenographer in Cleveland before she and Joe were married on October 15, 1938. They would have two children, David Walter, and Joseph Nord. During WWII, like his brothers and brother-in-law Evan, Joe was in the armed services and Mary cared for their children in Painesville and Oberlin, Ohio, and the New York City area, where Joe was posted by the Navy supply corps.

After the war, the Ignat family settled permanently in Oberlin, Ohio. Continuing the tradition set by her parents, Mary began taking a greater leadership role in Oberlin community affairs. In the early 1950s, she joined the Allen Hospital Women’s Auxiliary Board. Formed in 1947, the hospital auxiliary raised money for special projects and hospital equipment. The yearly Hospital Bazaar, held at the James Brand House, was a major fund-raising event bringing in between $6,000.00 to $7,000.00 a year. Mary served in several board positions including president from 1957-1959. Between 1952-1958, while Mary was a board member, the auxiliary purchased a surgical table, X-ray unit, a gift services cart and hospital nursery equipment. Mary served on other health-related boards including president of the Visiting Nurse Association and as a board member of the Ohio Mental Health Commission.

Another organization dear to Mary’s heart was the Oberlin League of Women Voters (LWV). She held many leadership positions in the LWV including being twice elected first-vice-president. Some of the Oberlin community issues the LWV promoted and explored during her years as an officer included: water fluoridation, city recreational needs, code and zoning enforcement, and support for community planning. She also organized regional LWV conferences and workshops.

Mary also served on the board of the Oberlin Public Library and the Oberlin High School PTA where she and Joe served as co-presidents in 1960. While Mary made a good match for organizational boards and fund raising, she was also a dedicated volunteer. For example, every year the Oberlin Community Welfare Council’s Christmas Clearing House collected food, toys and clothing for needy families. Mary did more than donate money to the fund; she was also a driver checking on families, picking-up and delivering supplies, and taking indigent children to events. Mary was also a long-time member of Oberlin’s Christ Episcopal Church.

Mary was well regarded and not just as a volunteer and community leader but, as her son Joe described her, as a “relationship philosopher.”  Friends, neighbors, and family would seek her thoughtful advice regarding difficult matters with family and friends. When Mary was 48 years old, she was diagnosed with breast cancer. Three years later her life was cut short by the disease, a crushing blow to the family. Eric’s wife, Jane, recalled Mary’s mother, Virginia, “lost interest in things after that… [Mary’s death] was terribly hard on her.” But Mary’s legacy of community service helped improve the lives of Oberlin residents and is reflected today in the Nord Family Foundation’s support for community-based projects. Her contributions are also remembered in the Joseph and Mary Nord Ignat Endowed Theater Chair at Bluffton College funded by David & Eleanor Ignat, and Eric and Evan Nord. In 1967, the Nord and Ignat families also dedicated a rectory at Oberlin’s Christ Episcopal Church that is still in use today and popular with Oberlin College students. 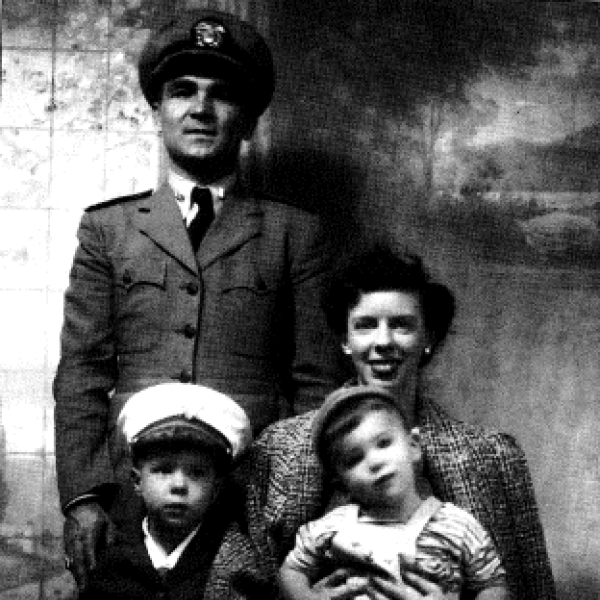